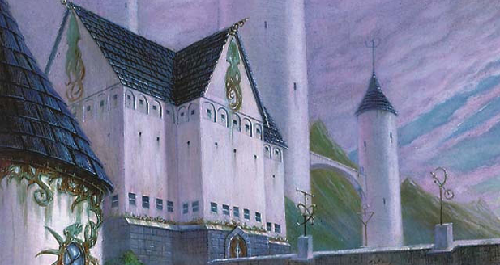 As it was communicated on the last banning season, this card is viewed as one of the most discussed cards for banning. This time we decided it is time to ban it – mainly due to sustained dominance and support from new added cards to this archetype like Echo of Eons, Wishclaw Talisman, Sevinne’s Reclamation, Urza, Lord High Artificer just to name a few. We assumed Academy has its weaknesses – especially blue based tempo decks, which are among the most popular archetyps at the moment, are one of the best tools to fight Academy. Despite this development, the Artifact Academy deck as well as the Underworld Breach deck, which also exploits the powerful land, are still among the best performing decks. The fact that we are hitting the archetype that is supposedly in charge of having to keep the Academy powered decks in check by removing Treasure Cruise from the format is another reason to take action now. We believe that artifact centric decks still have a spot in the meta but they will have to forgot Tolarian Academy in the future.

For quite some time now, almost every blue deck has been including the two delve spells Dig Through Time and Treasure Cruise by default since those cards are among the most powerful spells in the format. Especially tempo decks use them more effectively than other archetypes, building their plan around early disruption and cheap spells to fill the graveyard quickly in order to reload and continue to dominate the game. This puts those decks to the point where they dominate the whole metagame. This fact and longlasting community calls for weakening of the blue color pushed for the banning of this card. One could ask why this one and not the other? As you can see Dig Through Time was close to receiving a ban as well. However we feel like it is better to take measures step by step and watch if and how the situation changes, when only one of the delve spells is available. Treasure Cruise was chosen to be banned over Dig Through Time to weaken Tempo Decks in particular, as Treasure Cruise is a lot easier to cast, enables more powerful turns and the sheer card advantage it provides is viewed as the bigger problem. We will continue to monitor closely how this decision influences the whole meta of course.

We have long discussed whether this specific Secret Lair should be added to the Ban List. The crucial point here was the feedback from the community. Nevertheless, and for reasons of better traceability, we would like to emphasize at this point that none of the ban proponents gave their “yes” for the common reasons, such as the skill-presence ratio or expected gameplay strength. We also doubt that the often-cited and player-desired “protest effect” will have a really significant impact on Wizards of the Coast and rather fear future difficulties with similar sets that will appear and to which we now may be forced to react similarly. Nevertheless, we understand the current dissatisfaction and in this case we want to listen to the community more than other formats have done. We will probably have to find out together whether that was the right decision in the long term.

Close to be banned:

As mentioned in the explanation for the banning of Treasure Cruise we ultimately decided to leave Dig Through Time in the format for now. Reason being that this card is the weaker card in tempo decks, which we wanted to target in particular. Dig Through Time is harder to cast and the double blue mana cost make it more difficult to double spell with it. Furthermore it provides less card advantage but instead allows to find answers for specific situations which makes it a more “defensive” card. However, Dig Through Time will still be subject of our discussions and might get banned in the future if we observe that banning only Treasure Cruise is not enough.

Close to be unbanned:

This card is still the most discussed candidate for an unban mainly to push heavy creature decks like Elves or Goblins into a more playable territory. As we don’t like to have too many changes at once the card stays banned for now.

Uro is another one of recent incredibly powerful printings that changed the landscapes of multiple formats from Standard to Legacy, leading to yet another ban in Standard. This creature does it all in some kind: It is a recurring and hard to answer threat that provides a strong board presence while giving you a constant flow of life and cards. In Highlander it has also shown to be a card that is hard to beat in “fair” matchups. While being more difficult to cast we consider it close to Oko in powerlevel, who joined our watchlist in May. The addition to the watchlist does not mean it is close to being banned, but we choose to keep an eye on Uro in the future.

We are happy to welcome and introduce Sebastian Z./ TaZi as new council member. He has shown great dedication for our format as regular participant of the Online League since 2014, the FNM Online Series and many HL tournaments all over Germany in the last years. Moreover, he proved keen insight in the format and in the game in general by catching some top spots in those tournaments he took part, especially with his self-developed UGrb-Scapeshift. He has granted some content from time to time for our format on his YouTube-Channel “Heinz Holzwurm” where you can still find some decent decktechs and tournament-reports.
But TaZi isn’t our only newcomer. We decided to include Marvin M./ Rigero as well. Some of you may already have seen him in his long-term role as a judge of the Berlin Magic scene. He is also part of the coverage and podcast team and has been supporting the Council for a long time with his technical and organizational skills. Rigero was also heavily involved in the development of the website, for which we are very grateful. He is currently collecting data on the mulligan, the most popular meta decks and various watchlist cards and would appreciate your support.

We know both of them as smart and gentle guys with exceptional analytic and programming skills. We are pretty sure they are a great assets for the HL Council and we are glad to have those two on board. We would also like to add that we have not yet concluded our discussions regarding further admissions and are currently still processing applications and / or recommendations for other potential candidates.

We would like to thank the leaving Council members Dr. Opossum and Vazdru for their dedication and the work they have put into our format for many years and wish them all the best for the future! Vazdru stays in the council till the end of this year as contact person for the community and to assist the new formed council.