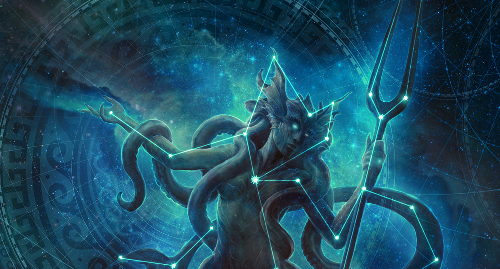 8 months ago, back in February, after having won the first Highlander Masters Series 2020, I wrote a tournament report about the deck my playtest partner Markus and I invented: Underworld Breach Combo.

I still stand by the final statement that I made back then, as I still believe it to be true: “I feel like this might be the most powerful thing you can be doing in all of Highlander right now!“
“This” of course reverse to playing a combo that requires neither a lot of mana nor a ton of setup time, combining it with a bunch load of tutors, filtering and protection and pairing it with the best backup plan you can currently run in all of Highlander.

Today, I’ll be taking a closer look at this backup plan as I think it is the (even better!) Splinter Twin of the Highlander Format: Thassa’s Oracle paired with Tainted Pact (or Demonic Consultation)
After a quick comparison with other combos it becomes quite evident as to why Oracle/Pact is so powerful: 4 Mana and the investment of only two cards for a combo that wins you the game on the spot is among the cheapest and easiest to assemble combinations ever. Of the competitive 2 card combos, only Flash + Protean Hulk is cheaper (but takes up way more slots, filled with awful cards, in your deck) and that combo is banned! Every other combo is either in need of more mana, more cards or both.
However, to understand why this game winning combination is so strong you must look not only at the combo itself but also its individual pieces.
Very often, when playing combo decks, you face the challenge of making use of a card, that is a combo piece, in cases where you don’t draw the matching other half. This is one of the strengths of the Oracle/Pact combination. Thassa’s Oracle is, at worst, a 1/3 for UU that helps you smoothen out your next drawstep. Tainted Pact is, at worst, a 2 mana instant speed tutor spell. (Pretty ridiculous floor for a card!) While Oracle itself is definitely not strong enough to see play just by itself, it is by no means a bad card (and in direct comparison definitely stronger than a lone Splinter Twin). Pact on the other hand is already seeing a ton of play in basically every archetype or deck that can support it. At this point you basically only have to ask yourself whether you want to include Oracle in your deck or not (hint: You should probably include it!).
Another big reason for the strength of the combo is that it is very hard to interact with. While similar cards like Laboratory Maniac can be destroyed in response to a card draw spell, killing Thassa’s Oracle won’t do anything to stop the combo! This means that the combo is especially potent against decks that can’t rely on counterspells to defend themselves as traditional removal or graveyard hate is worthless against it.

Both cards, Oracle and Tainted Pact, are already on the watchlist. Thassa’s Oracle was added with the last update on August 1st , while Tainted Pacts introduction was all the way back in 2016!
The statement of the council back then reads as following:
Tainted Pact – like Demonic Tutor – has the potential to find every card you need and at the same time can be cast as an Instant. Yes, you exile everything until you found what you are looking for and you have to have a “true” Highlander deck – which is a reasonable downside to the card at first glance. But in nearly every case you are looking for a certain genre of cards to tutor for, instead of a specific single card, or you are just looking for the missing winning piece. This again keeps the downside of Tainted Pact modest and can even make it irrelevant altogether.
Even back then it was already acknowledged that Tainted Pact exiling cards, until you found what you were looking for, is just a minor downside at best. With the printing of Thassa’s Oracle, this downside has now turned into an upside.
There are already some decklists floating around that make use of the combo even outside of the Underworld Breach deck, like Björn Ortmanns Oracle Day or a Sultai Midrange list that won a small tournament in Münster.
Prepare to face this combination a lot more in the future as more and more players discover how easy it is to incorporate into already existing archetypes! Like Splinter Twin, this combo will give a lot of decks a powerful way to end games out of nowhere.