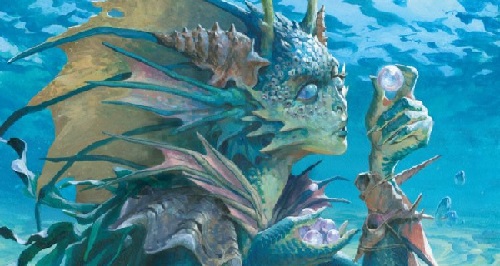 Cards on the following list will be closely observed and are potential candidates for a banning on November 15th, 2020.

Cards from the following list are still banned but will be under testing for a potential unbanning on November 15th, 2020.

On the Ban watchlist:

Thassa’s Oracle
In May this Year, Underworld Breach was introduced to the watchlist for enabling a new powerful combo deck that has been putting up good results in the Vienna community. On one hand, Oracle is used in the Breach Combo Deck as a finisher and an enabler of a second combo with tainted pact or demonic consultation. On the other hand, it has also made Hermit Druid a lot stronger than before. A powerful and resilient deck which is maybe flying a little under the radar at the moment. It is also very likely that Thassa’s Oracle will enable a UB based combo deck by itself if Breach were to be banned in the future. Right now it is only seen as a sidekick (although a very powerful one) but in reality it has the potential to be the main gameplan aswell and we want to be prepared for that instant.
To keep our options open we chose to add Thassa’s Oracle to the Watchlist, so that we can react accordingly to new developments.

Off the Ban watchlist:

Mana Drain
Mana Drain has been on the watchlist for a very long time. While it is still a very powerful and perceptively broken card, the number of times where Mana Drain is used to play game ending spells ahead of time has declined significantly with mana curves getting lower and lower.

The decks that can really abuse this spell to its fullest are mostly control decks which aren’t too well positioned right now. Getting rid of Mana Drain would hurt those a lot more than blue tempo decks, leaving them with only one unconditional hardcounter for two mana.

If we choose to weaken blue decks, our focus will be on the two delve spells Treasure Cruise and Dig Through Time instead of Mana Drain. Thus we have decided to cut this card from the watchlist.

Off the Unban watchlist:

“Nowadays the meta looks quite different and it is doubtful if the powerful synergies of the past using Squee, Genesis or Reveillark are still viable in any way.”

Nothing has changed about this statement, as a slow and grindy game plan is under heavier attack than ever and probably not fast enough anymore to keep up with streamlined combo or tempo-oriented decks.
Though on the contrary, Survival of the Fittest would fit very neatly in these powerful creature combo shells like Hermit Druid or midrange green-based decks like Sultai or Temur. We think that, especially in combination with Uro, Titan of Nature’s Wrath, the repeatable tutor function of Survival of the Fittest would push these already established deck types into even more powerful territories.

Having all of your silver bullet haymakers available while working as a combo enabler at the same time makes for too strong of an effect for the mere investment of 2 mana and could lead to frustrating games when playing against it.
Because power creep is especially evident with the printing of new creatures, the door has closed on a comeback of Survival of the Fittest into our format for now. We have thus decided to remove Survival from the watchlist.

True-Name Nemesis
True-Name Nemesis leaves the Watch list for now. The power level of this card is also a hot topic of discussion in the Council, but the trigger for this decision is rather questions like why a large part of the community is frustrated by this card and to what extent the current format would benefit from an unban. True-Name Nemesis showed us again that there can be many reasons for a ban. Nevertheless, we naturally try to keep the list as manageable as possible. Therefore we will reevaluate the topic around this card from time to time with you. Until then, we will focus on other format-dominant cards.

After intensive discussion, we decided to follow WotC’s decision and not allow the following cards any longer:

We know about the bitter aftertaste that WotC’s announcement brings with it due to the allegations that were raised against WotC itself. We want to emphasize that we do not see ourselves in the position to judge whether and which cards are perceived by someone as denouncing and hurtful, but we decide for the cards already listed that have been officially confirmed as cross-border and racially intoned to no longer recognize them as legal.

WotC’s official statement, to which we hereby refer, can be viewed on the official website: https://magic.wizards.com/en/articles/archive/news/depictions-racism-magic-2020-06-10

Thomas / Maqi has left a gap in the council that we are currently trying to fill. For this reason, we are in discussion with several potential candidates. Please note that we will take the time we need to make an informed selection in the best interest for the Highlander format instead of a rash decisions.